The Rise of a Power Pop Phoenix 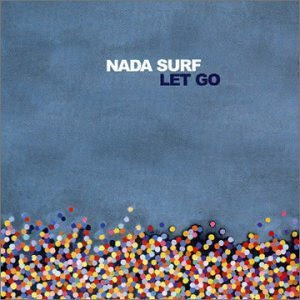 The frequent comparisons to Weezer that plagued them since the release of their hit single "Popular" (which was also produced by former Cars frontman Ric Ocasek), from their debut album High/Low [Elektra-1996], eventually turned into an albatross when clashes with their label, Elektra, over the commercial viability of the followup album, The Proximity Effect [MarDev-1998], led to the label dropping the band. So that's it, right? Just another '90s one-hit-wonder, huh? Not quite.

Getting their house in order over the next few years, the Brooklyn-based trio emerged from their hiatus with an engaging, gimmick-free collection of top-notch guitar pop. The crunchy guitars from High/Low were still present, but a lot more subtlety, maturity and definition to Nada Surf's overall palette accompanied them on Let Go.

Sounding uncannily like a band that's assessed their gifts and weaknesses, balanced them out, and delivered their very best, Let Go was not only our favorite album of 2003, but its success was the inspirational tale of a band rising from the ashes of an ostensibly doomed career and re-establishing themselves as one of the main purveyors of their style of music. Many had left these guys for dead after “Popular” had supposedly condemned them to one-hit-wonder/where are they now? status, but they bounced back and released one of the best records of the past decade. And modern day power pop fans are all the better for it.
Posted by Kiko Jones on 6/29/2013