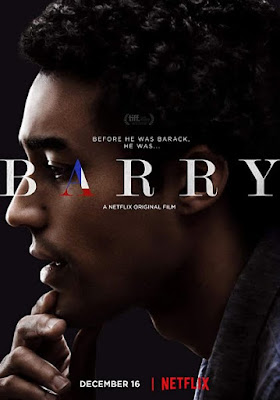 The second of 2016’s biopics on the 44th POTUS is not a romantic drama like ‘Southside with You’—which covers that summer day in 1989 when Barack Obama and Michelle Robinson went on their first date—but a slice of his life eight years prior, when the president to be was a NYC college student and was struggling with his identity, racially and otherwise.
It occasionally drags here and there, but is skillfully directed (Vikram Gandhi) and has its fair share of impressive acting, nonetheless: Avi Nash’s Saleem is great comedy relief and Ashley Judd as Obama’s mom, Ann Dunham, is an undisputed highlight. But it’s newcomer Devon Terrell who is mesmerizing as the 20 year old BHO II. So uncanny is his performance you might find yourself wondering if it’s a documentary you’re watching. Yup. Pretty solid soundtrack, btw. (Pastor T. L. Barrett’s always welcome “Nobody Knows” appears twice; and Nina Simone’s cover of the Dylan classic “I Shall Be Released” is nothing short of a heartwarming treat.)
Posted by Kiko Jones on 12/15/2016