Return To The Planet of The Great 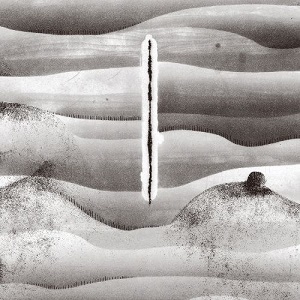 20 years after his American breakthrough Fantasma [Matador-1997] and 11 years removed from his previous album under his own name, Cornelius’ stateside acolytes lavished praise on Mellow Waves, billing it as a return to the magic of that ‘90s alt/indie classic.

But while both are undeniably consistent and high-quality releases, the similarities between Fantasma and Mellow Waves pretty much end there. The raw eclecticism and insouciant vibe of the former—with its moments of visceral rock and roll—are largely missing from the latter, a decidedly electronic and um, mellow, affair.

If one were to traffic in stereotypes, calling Mellow Waves the work of an accomplished middle aged musician whose guitar has been gathering a slight bit of dust while he concentrates on synth textures to accommodate a more lounge-y approach, would not be off the mark. But Cornelius is not your typical ‘90s alt-rocker turned knob-turner but a talented, visionary artist whose work is routinely infused with a sense of wonder, regardless of what particular tools he chooses to craft his magic.

Highlights: “Sometime/Someplace”; “Dear Future Person”; “In A Dream”; “Helix/Spiral”; “The Spell of a Vanishing Loneliness”, a duet with Lush’s Miki Berenyi (who, it turns out, is a relative of Cornelius); and “The Rain Song”.
Posted by Kiko Jones on 6/28/2017