Yes, it’s been another 12 months, and with it comes another abridged and personalized version of a yearly recap. Let’s get crackin’, shall we? 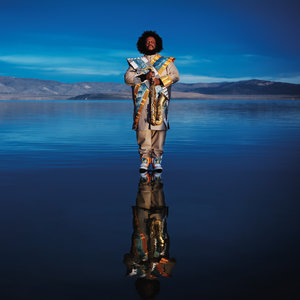 If not this one, then…
Oh, if only Donny Hathaway were alive to hear this.
FAVORITE ALBUM
Didn’t really have one this year…

The first single off Amala, the debut album by LA’s answer to Cardi B, is as shallow and expletive-laden as anything comparable out there these days, but it’s the enticing guitar-led, dream trap with atmospheric background vocals that make the song irresistible.


VIDEO OF THE YEAR
CHILDISH GAMBINO “This Is America”
One hell of an artistic statement, the video clip for this engaging hip-hop/R&B hybrid, is a timely depiction of current US culture and pregnant with symbolism: people gleefully dancing and being all-out consumers while engulfed by chaos; gun violence in which the weapons are treated with more care than the victims; Death riding a pale white horse (from the biblical book of Revelations); and spectators capturing it all on their cellphones.
At a juncture in which so-called artists are seemingly more preoccupied with shilling for their own clothing lines and fragrances and making fools of themselves in all kinds of ways, Gambino reminded us all what it is to be a talented, socially conscious artist and what they can do in that regard when so inclined. 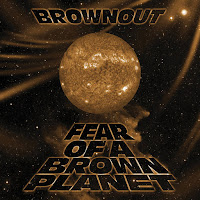 The Austin, TX latin funk soul brothers pay tribute to Public Enemy with a collection of instrumental covers that must be heard to be believed. And enjoyed, of course. (“Bring the Noise” is among the highlights.) You better believe this hype.

An intimate confessional album, The Wilco leader’s official solo debut, were it not for the mostly lo-key production and being released under his name, could be the band’s most recent record. Like the “solo” albums by the late Tom Petty, the point of making a record identical to those you make with your still active band might be lost on anyone not the titular artist, but the songs themselves are top-notch and it’s a shame Wilco itself did not get to tackle them.

Declan, if you were going to work on another collaboration with Burt Bacharach why pray tell would you use the Imposters if you weren’t going to rock out? Talk about a bait and switch…and who OKd that hideous album cover?

Anything that gets folks rocking out, especially in these times of mainstream rock and roll’s diminishing returns, is a godsend. But pinning one’s hopes on musical ventriloquists feels bittersweet, to say the least. Jeez.

An almost half hour instrumental amalgam of latter day Foo Fighters channeling Pink Floyd, Rush and Yes performed solely by Grohl, “Play” is a decent and enjoyable composition but it’s the kind of song you’ll watch on YouTube, marvel at the man’s prodigious talent and inevitably forget not long after.

BEST REISSUE
JOHN COLTRANE Both Directions at Once [Impulse] 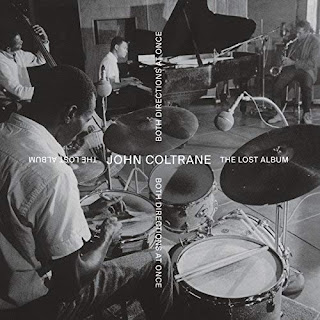 Unreleased studio gems from the titan of the tenor sax recorded in 1963.

MOST DISAPPOINTING CONTINUING DEVELOPMENT
Rock music’s irrelevance in the mainstream

We’re not ready to ask for the death certificate quite just yet but our beloved is definitely on life support, as far as the masses are concerned. And what has taken its place is largely abominable. (Thank God for indie rock.)

UNFORTUNATE MUSIC BUSINESS TREND
Artists woefully remunerated for streams of their recordings
The streaming services allege they are paying out a substantial portion of their revenue (as high as 70%, according to Spotify) but major label artists are seeing miniscule fractions of that. Meanwhile, the labels—who are, um, “silent” business partners with the streaming services—remain mum on the subject.

Put together for those of you with a spouse, children or otherwise good friends who routinely mention or, God forbid, follow many of these famous-for-being-almost-famous, tabloid denizens, Kardashian worshippers and wannabes, this past April the folks at Vulture put together something they called “Welcome to the Who-niverse: A guide to the many, many celebrities whose names make you say…"Who?", a handy primer designed to help one tell these people apart. Good grief!

FAVORITE DEVELOPMENT TO LOOK FORWARD TO IN 2019
The release of Dr. Dre’s Marvin Gaye biopic

Here’s hoping the rapper/producer can succeed where others’ attempts failed (notably, Cameron Crowe, F. Gary Gray, Lenny Kravitz and Scott Rudin) by virtue of being rebuffed by the estate of the legendary Motown icon.

Runner up:
A new Guns N Roses album with Slash and Duff.

Once More With Bleeding

With a righteous stomp reminiscent of Local H and the gleeful abandon of Lightning Bolt, Brooklyn’s Even Twice may share the spirit and intensity of their aforementioned two-man brethren, but on Sunday night they rocked the house with the kind of high-octane set one would expect from a couple of Ramones fans who own some Rush records. 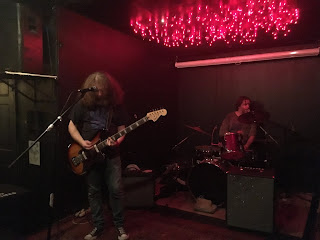 Blasting through 30 non-stop minutes of their own brand of no nonsense rock and roll, Bob Hait (vocals, bass) and Pat O’Shea (vocals, drums) performed choice cuts from their two previous albums and an upcoming third produced by Paul Q. Kolderie (Dinosaur Jr, Hole, Morphine, Pixies, Radiohead), leaving it all on stage, as required and expected.

Not a list of the best or the biggest released that year (although some of those are included here) but a rundown of some interesting albums, many of which were debuts, some are the artist’s seminal or most controversial release, a few were game changers and some of ‘em just never got the love they deserved. Regardless, you should revisit each and every single one; shame on you if you missed 'em the first time around.
Together, they not only have in common a 25th anniversary in 2018, but can be seen as a clue as to what was in the water in the year of our rock and roll nineteen hundred and ninety-three.

In alphabetical order by artist:

This One’s For The Ladies: 5 Female Drummers You Should Be Acquainted With

Due to ignorance, sexism, laziness and what have you, women behind the kit don’t get the respect they deserve. And it doesn’t help much that the most visible female drummer of the last 20 years [cough*Meg White*cough] is such a musical disappointment.
We’re obviously not going to change the world but feel it’s quite worth it to highlight and point out some badass ladies that deserve every bit of your attention.

Here they are, in alphabetical order:

CARLA AZAR
Her current gig—playing for Jack White since 2011—is her most high profile yet, but this L.A.-based drummer is a fixture on the Hollywood independent film circuit as a composer and is a founding member of indie cult favorites Autolux.


CINDY BLACKMAN
Inspired to play drums after seeing the late great Tony Williams behind the kit, Blackman is an impressive jazz and rock musician who is probably best known for her longtime stint as Lenny Kravitz’s touring drummer. But Blackman has an imposing list of credits to her name, including playing with Ron Carter, Bill Laswell, Joe Henderson, Mike Stern, and Cassandra Wilson, in addition to her own records and duties as an international drum clinician. In 2011 she played drums for her husband Carlos Santana’s one-off reunion with John McLaughlin.

Recommended track: Her playing on the tribute to the legendary saxophonist on “For Wayne (Shorter, That Is)” from her album Music for the New Millennium [Sacred Sounds-2005] is both groovy and sublime.


SUSIE IBARRA
California-born, Texas-raised and a resident of NYC since 1989, Ibarra is a noted jazz drummer with a predilection for the avant garde and experimental who's also worked the likes of Arto Lindsay, Thurston Moore, and Prefuse 73. Ibarra is also known for exploring the music of her Filipino heritage and other styles of music from around the world.


PATTY SCHEMEL
Courtney Love’s larger than life persona is why Hole were (in)famous but Patty Schemel is why they kicked ass as a band. A longtime favorite of ours, Ms. Schemel is a badass rock and roll drummer who deserves way more props and recognition than she gets: one need only listen to her both explosive and propulsive stick work on Hole’s “Violet” from Live Through This [DGC-1994] to hear why.


JANET WEISS
Overshadowed in the iconic indie rock band Sleater-Kinney by the songwriting partnership of Carrie Brownstein and Corin Tucker (as well as their relationship drama), Weiss has demonstrated over the years her mastery behind the kit in and out of the group (Bright Eyes, Stephen Malkmus, Quasi, The Shins), as evidenced by her ranking by Stylus Magazine as one of rock’s top 50 drummers.

Recommended track: Plenty of Sleater-Kinney songs, of course, but to hear Weiss in a freer, more open context, “Real Emotional Trash”, the ten minute title track from the 2008 Stephen Malkmus and the Jicks album [Matador] is a must listen.
Posted by Kiko Jones on 12/16/2018