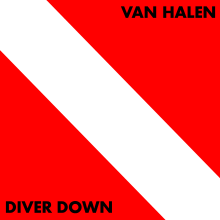 Much-maligned by the band's titular siblings—despite the presence of their beloved dad, the late Jan Van Halen, playing clarinet on “Big Bad Bill (Is Sweet William Now)”—the existence of this album was not just a fluke but also another reminder of a time in which major labels exerted undue pressure on their artists, even the multi-platinum selling ones.

Coming off the Fair Warning tour, the band was in real need of a break but wanted to keep their fans engaged, so they released "(Oh) Pretty Woman" as a one-off single in early 1982. But when their cover of the Roy Orbison classic blew up the charts, Warner Bros. smelled blood in the water and forced the band back into the studio, mere weeks after returning from the road, to record a new album.

Misgivings aside, a sunnier and recently regained sophomoric disposition—evidenced in the album’s title, and the band dubbing its attendant concert schedule the “Hide Your Sheep” tour—was present this time out, perhaps due to Fair Warning bearing a bit of an overcast vibe and not having as strong sales figures as its predecessors.

This was ultimately the catalyst for 5 of this album’s eleven tracks being covers—including another stroll through the Ray Davies songbook with “Where Have All The Good Times Gone?”; the aforementioned “(Oh) Pretty Woman” and "Big Bad Bill (Is Sweet William Now)”; the awkwardly out of place Motown classic “Dancing In The Streets”; and a Roy Rogers tribute, closing track “Happy Trails”—a move prompted by their label. The originals do stand up, thankfully, especially the vintage VH rockers “Hang ‘Em High” and “The Full Bug” along with the more pop-oriented singles “Secrets” and “Little Guitars”.

The end result was their most diverse album with DLR and one that, although not a classic, should be revisited with fresh ears when in the mood for some fun, ballsy rock and roll.

Music, as we've come to know it, immerse ourselves in it and love it, does not hold sway in the same manner with today's music fans: it's part of the package, not the be-all-end-all.

To them, an instrument is an archaic, inconvenient vehicle to express music; a song is a disposable means of conveying a temporary sentiment; a concert is not a place to commune and bask in the glow of performers making a joyous sound but a measure of exclusiveness, status and cool meant to be bragged about on social media.

So, the people who interact with that paradigm are, in so far as this subject is concerned, unlike us, and thus the music is not for us.
Posted by Kiko Jones on 4/12/2019 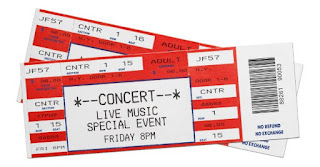 Concert ticket prices are going thru the roof and have been for sometime now. Promoters, scalpers, third party ticket vendors and even unscrupulous artists (ie. the ones who scalp their own tickets) are all part of the problem.

With few exceptions, like NiN, who make it very difficult to scalp choice tix for their shows, in order to give true fans a fair chance at landing them for a decent price (not to mention Trent Reznor blowing the whistle on artists scalping their own tix), all everyone cares about is making loot. Whoever gets screwed, too bad.

Aside from a friend getting ripped off, there's not much sympathy for the price gouging of concert goers 'round these parts, particularly since that time when Pearl Jam waged war on TicketMonster and NO ONE, not fellow artists, not fans, backed 'em up. Plus theft, um, file sharing.